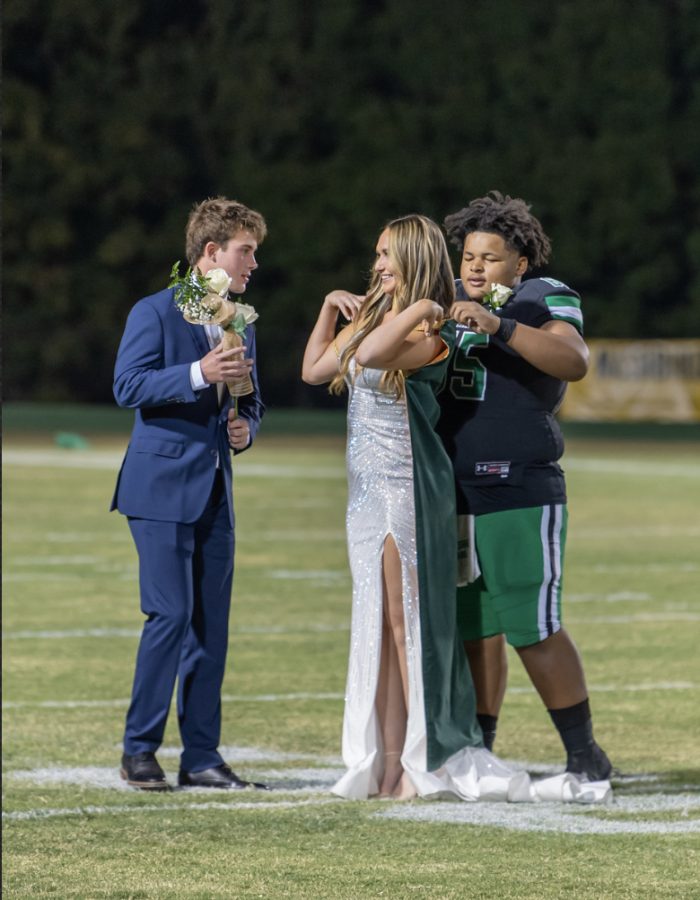 “It feels so awesome, I was not expecting it,” Grimes said. “It’s exciting and amazing.”

Throughout the week prior, the court and students participated in many activities: slip and slide kickball, the court parade and a movie night on the softball field. The court also led a service project collecting items for the women’s shelter. During the school days, students had the opportunity to participate in various dress up days, including pajama day, spirit day and twin day.

“My favorite event was the slip and slide kickball,” Grimes said. “It was really fun, and we all got to bond and have fun with each other.”