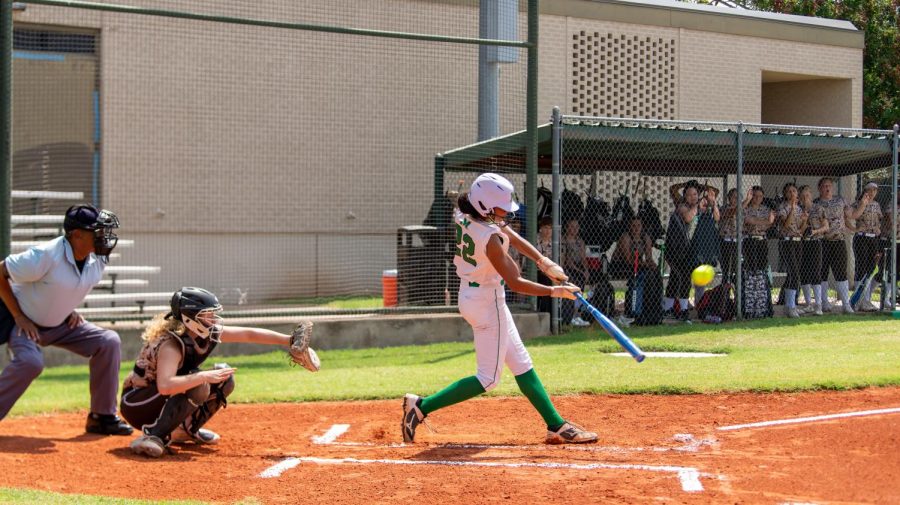 From a second year head coach who played in the minor leagues to his daughter, the up and coming sophomore third baseman Ari Maxwell. The coaching staff predicts the team to have one of their best years yet.

“My dad has been my coach since I was six, so I’ve grown up learning and understanding what he’s teaching,” Maxwell said.

Having played for so long, Maxwell has come across many different people, but says there is something special about the Lady Irish.

“On this team, everyone holds each other accountable, which isn’t always easy, but in the end it benefits us all,” Maxwell said.

As the season has progressed, the team bond has grown stronger.

“I would say that we have a strong bond, but as with anything else in life, there is always room for growth and improvement,” senior shortstop Moe Kierl said.

As the team bond grows and improves so has the team’s game on the field.

“Our team goal for the year is to win as many games as possible and grow better and better every day,” Maxwell said.

Starting the season off strong, Maxwell had five RBIs and two home runs against Elk City, and the Irish won the game, 6-5.

“One of my personal goals is to hit 10 home runs by the end of this season,” Maxwell said.

As of now, Maxwell has hit nine home runs and there are 12 games left in the season.

“One of my favorite things about this team is the chemistry, we encourage each other and keep each other going when things get hard,” Maxwell said.

Freshman catcher Abby Edwards was pleasantly surprised by how welcomed she felt when she first joined the team.

“Everyone has been so welcoming and helpful, especially the seniors. I am so proud of all of them and definitely don’t want them to graduate,” Edwards said.

Softball Senior night is September 13 at 4 p. m. against Capital Hill. The next game will be September 6 at 5 p.m. against Guthrie.