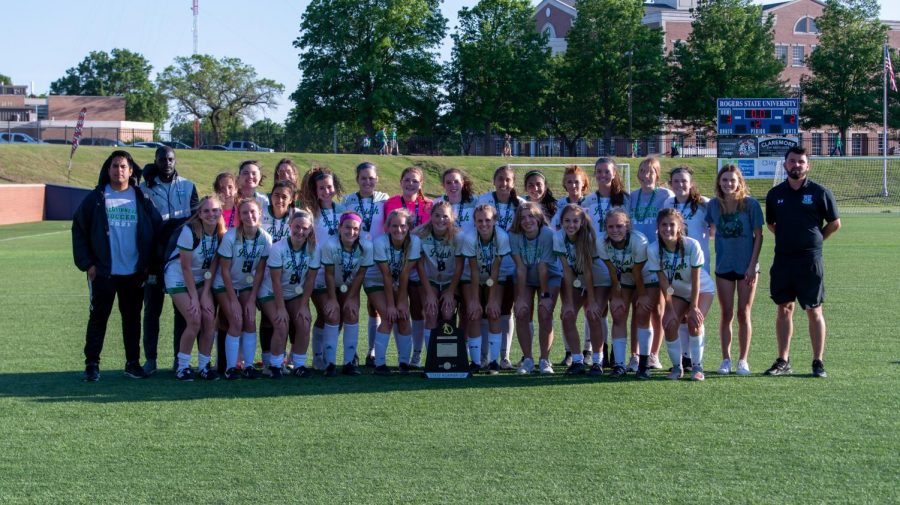 Girls Varsity Soccer finishes as runner-up in the 5A State Championship.

From the first whistle, the game was an intense fight. After two goals by Bishop Kelley, midfielder Reese Robert sent the ball soaring into the back of the net from 30 yards out. At the end of the first half, the score was 2-1 and Kelley was up.

Halfway through the second half Kelley scored again. Shortly after, senior Sam Guzman took matters into her own hands. Weaving through multiple Kelley defenders, Guzman scored the Irish’s second goal of the night.

The Irish played their hardest until the final whistle, but sadly came up short. Eight players from the team graduate this year and will greatly be missed on and off the field next year.